Here is a piece I did for WWII Magazine a little while back. It was a story about Werner Goering. He was a WWII pilot with some interesting history. So much so that the CIA had his co-pilot keep an eye on him and possibly take him out if Werner decided to land any planes in Nazi Germany or try to bail out over top of Germany. The reason because for many years the government thought that Werner was actually related to the famous Nazi, Hermann Göring. Turns out he wasn’t. Fun piece to do. Lots of historical detail that needed to be accurate.

Some of the sketches that I sent to the Art Director. 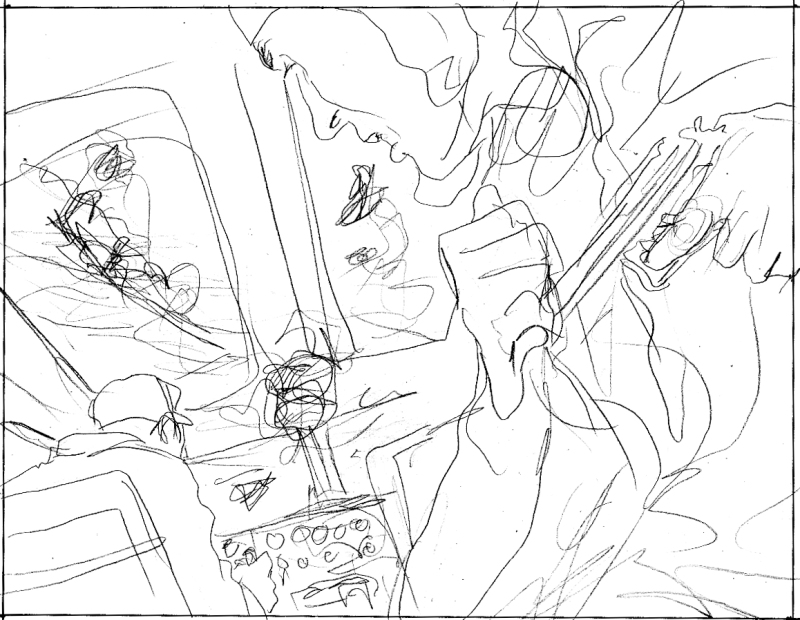 Just a few weeks ago now on June 13th across the border to Providence Rhode Island for the first time ever. I normally wouldn’t have thought to travel to this city and not by myself necessarily but this was for a special event. It was for an illustration conference known to many as ICON. The number was seven. This was my first ICON conference so I had many emotions circling around my mind.

From the time I registered I was really excited to finally go to this event. I had many plans of networking and socializing. Then as the time approached I started to question whether or not it was a good decision to go. I questioned the amount of money I paid. I realized that since I am getting married later this year maybe the timing wasn’t so good. Then I looked at the price again for the conference itself and started to wonder internally as to why it even costs so much. It seemed a little excessive to me. $500 some odd dollars really?

Well needless-to-say my fiance told me to shut up and have a good time. She drove me to the Buffalo airport and I was on my way. Landed finally in Providence and caught a cab to the hotel.

The cab ride was pretty quick. I took in the scenery as we approached the hotel. Situated beside the State building it was a marvel to gaze upon. The cab drive schooled me on the history of the hotel the ICON was being held at. Apparently it used to be a Masonic Temple from years ago. I guess somewhere in the early 1900s when the great depression swept across America the Masons ran out of money to finish the building. It sat vacant for decades until it was turned into this hotel. Not really sure how accurate these facts are. 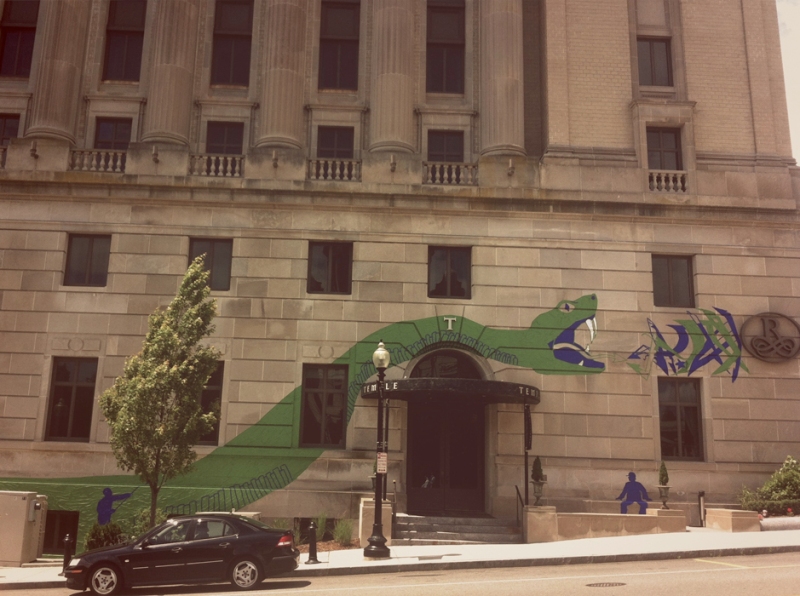 I wasn’t at this hotel long before I ran into a bunch of cool people in the lobby of the hotel. It only took a few hours before I realized that all of my financial fears were unnecessary. I could tell that this weekend was going to be well worth the money and to anyone who is thinking about going to the next ICON8, they should. I am already planning to be there.

The first night we all went to RISD for an exhibition of some of RISD’s talented alumni. The show was excellent, the campus and the gallery were breath taking, and I got to get caught up with many of the friends I’ve met on Twitter or Facebook. Friends like Scott Bakal, my wonderful roommate for the weekend Daniel Fishel, and Illustration Age creator Thomas James.

Day two had a little bit of a rough start to it. After a night of meeting people, chatting up a storm, fending off the mocking of my ‘Canadian accent,’ and drinking way too much I needed some breakfast. This was the beginning of many amazing and wonderful events all weekend long.

There were four of us at first. That grew and grew until by the end of the weekend there was a large group of us all hanging out together. The day started with Daniel Fishel, Pete Ryan, and Chris Gash venturing downtown to find a greasy spoon restaurant for some breakfast. We stumble upon this rad window display and we had to investigate further. Okay truth be told there was a door open and Pete was the first with the balls to just walk in. So glad he did. We met Minio. He’s the brains behind Big Nazo Lab. OMG!! He makes amazing wearable puppet costumes that he then gets people to go into and party at concerts, festivals, and parades. He was thrilled to share all about what Big Nazo is about. He even let us try on some of the costumes. It was epic!

After we ate breakfast we helped Minio bring a bunch of costumes to the theatre beside the hotel that would later become part of a performance that happened opening night on the Thursday night. SOOO Good!

Thursday afternoon I decided last minute to join the workshop lead by Esther Pearl Watson and Mark Todd. They were running a figure drawing space jam of sorts. I am a huge fan of figure drawing and they stepped it up an other level and made it more like figure collaborative drawing complete with out of this world backdrop and their daughter and another model in crazy awesome space costumes. So fun. A fantastic way to get me warmed up for the conference. I got to meet the wonderful Lynda Barry and the famous Matt Groening as they participated in this workshop as well.

Thursday night was the opening ceremonies with great opening remarks by John Hendrix. To close the ceremonies the band that opened the night played while we all got on stage and danced our faces off. At least some of us. Then Chris Buzelli and Josh Cochran disappeared some where. Their where abouts was revealed shortly after as they rushed the stage and got everyone dancing with their crazy antics. Josh wearing some crazy large fluffy blue dress and Chris wearing one of the Big Nazo squid masks. Amazing. Everyone loved it. It totally got people dancing and energized.

The rest of the conference was filled with amazing talks from amazing people. Jessica Hische’s rant, Lynda Barry and Matt Groening reminiscing about the good ol’ days, Kiel Johnson talking about his creative ADHD, Julia Rothman talking about licensing art, and many others.

This conference I realize is very important for our industry. This is the greatest industry ever! I say that with fantastic conviction. I truly believe it. One of the reasons I say that is because of how much of a support system underlies the illustration world. This is one of many reasons why I decided to pursue a career in this business. As competitive as this business is, I am overwhelmed daily at how supportive other illustrators are to each other. A great friend and mentor once said it’s because there are SO many styles. There’s work for everyone. I believe that. ICON demonstrated that to me. I met a large group of illustrators that are apart of a collective called Illustration Confidential. Now I am proud to be a part of this collective.

If I took anything away from this conference it was to continue to work hard and for me to continue to be involved with our illustration community. It’s so important to our survival that we socialize together and remain a unit. I realize that not everyone likes each other and like any business there are politics, people who create cliques, and others who are just plain dicks but the people I surrounded myself with and met were all wonderful.

I have to say that I can’t wait until ICON8 and the next time when we can all get together. ICON7 sparked my drive and re-fuelled my engines. All I wanted to do when I got home is get  more involved. One of the main reasons I am driven to succeed and create more work is to inspire and motivate those coming behind me in the same way my teachers and mentors did while I was starting out. It’s the least I can do. Pay it forward.

Until 2014 all the best and keep working hard.

To see some of the sketches I did while I was at the conference you can check out the post before this one.

Following are random images from my weekend at ICON7. Enjoy! 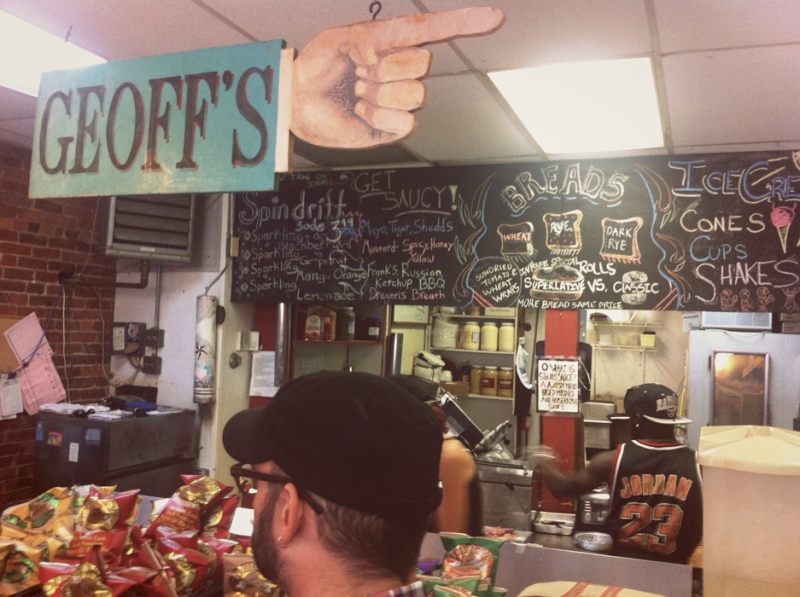 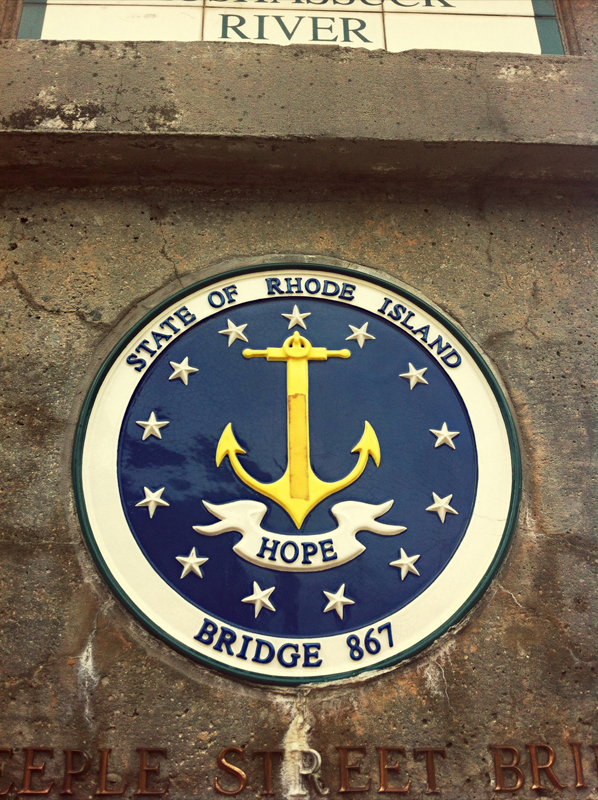 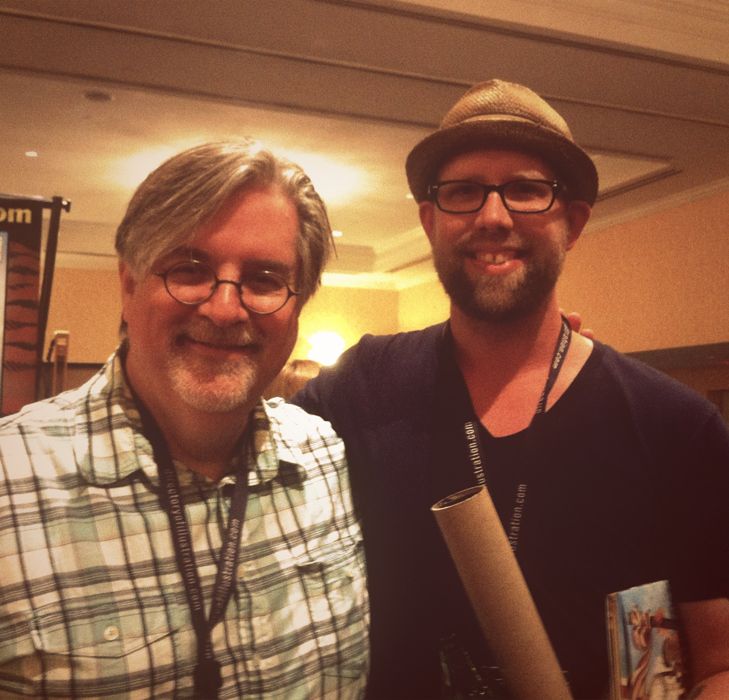 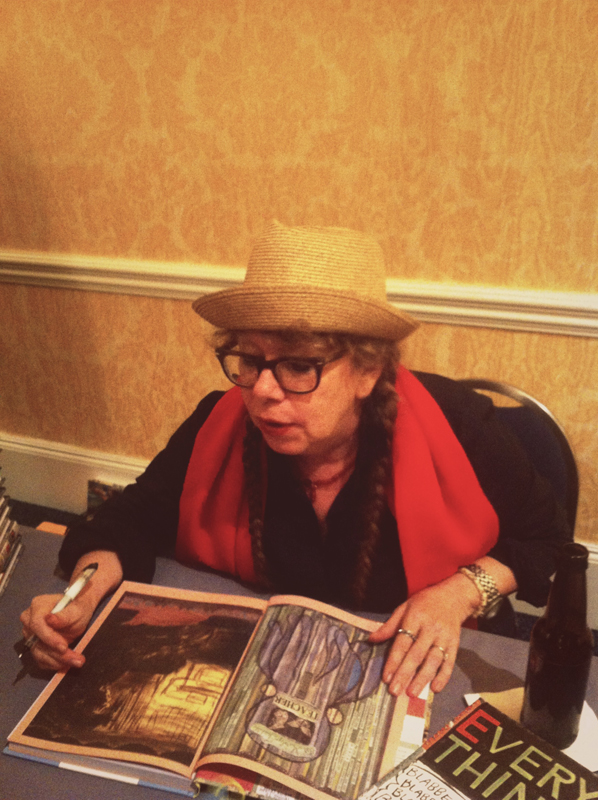